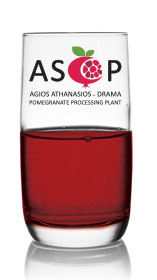 The pomegranate arils (seeds) are also very sweet, with one cup containing 24 grams of sugar, and 144 calories. However, where pomegranates really shine is in their content of powerful plant compounds, some of which have potent medicinal properties.

The most abundant phytochemicals in pomegranate juice are polyphenols, including the hydrolysable tannins called ellagitannins formed when ellagic acid and/or Gallic acid binds with a carbohydrate to form pomegranate ellagitannins, also known aspunicalagins. The red color of juice can be attributed to anthocyanins, such as delphinidin, cyanidin, and pelargonidin glycosides. Generally, an increase in juice pigmentation occurs during fruit ripening. The phenolic content of pomegranate juice is adversely affected by processing and pasteurization technique.

The name "pomegranate" derives from the Middle French "pomme garnete" - literally "seeded apple."Many scholars believe that the forbidden - yet irresistible - fruit in which

Eve indulged within the Garden of Eden was actually a pomegranate (and not an apple). Pomegranate have been cherished for their exquisite beauty, flavor, color, and health benefits for centuries. From their distinctive crown to their ruby red arils, pomegranates are royalty amongst fruit. They are symbolic of prosperity and abundance in virtually every civilization. Fortunately, this treasure’s versatility and possibilities are as abundant as the juicy arils bursting forth from within.


Pomegranates are grown as both a fruit crop and as ornamental trees or shrubs for parks and gardens. They are tolerant of drought and moderate frost, growing in climates simillar to the Mediterranean region, California, or Northern India. There are many genotypes, with the differences ranging from exocarp and aril color, hardness of seed, fruit size, juice content and astringency, and so on. 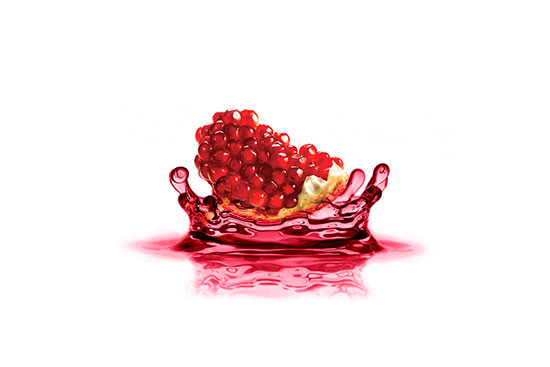 Punicalagins are extremely powerful antioxidants found in the juice and peel of a pomegranate.

They are so powerful that pomegranate juice has been found to have three times the antioxidant activity of red wine and green tea. Pomegranate extract and powder is typically made from the peel, due to its high antioxidant and punicalagin content.

Punicic acid, also known as pomegranate seed oil, is the main fatty acid in the arils. It is a type of conjugated linoleic acid with potent biological effects.

Pomegranates contain punicalagins and punicic acid, unique substances that are responsible for most of their health benefits. Laboratory studies have shown that pomegranate extract can slow down cancer cell reproduction, and even induce apoptosis (cell death) in cancer cells.

Process of production of Pomegranate juice

Up to date, commercial pomegranate juice production has only undrinkable if the whole fruit is crushed or pressed with excessive pressure. Nutritionist, however, recommend in contrast to preserve these compounds during the fruit juice processing because of their health protective effects. Pomegranate juice contains only trace amount of pectin.

Why to drink Pomegranate juice?