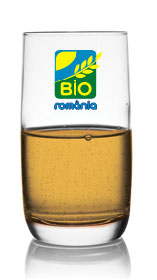 a deciduoustree in the rose family best known for its sweet, pomaceous fruit, the apple. It is cultivated worldwide as a fruit tree, and is the most widely grown species in the genusMalus. The tree originated in Central Asia, where its wild ancestor, Malus sieversii, is still found today. Apples have been grown for thousands of years in Asia and Europe, and were brought to North America by European colonists. Apples have religious and mythological significance in many cultures, including Norse, Greek and European Christian traditions.

For every cup of apple juice consumed, nearly 10 different vitamins and minerals will have entered the body. This sweet drink, without any added sugar, provides  moderate amount of carbohydrates, mostly through all natural fructose and glucose; eight ounces equals about 10% of the daily required intake of carbohydrates for a 2000 calorie diet. Apple juice contains minerals such as calcium, potassium, iron, manganese and magnesium. All-natural apple juice also provides vitamins C and B6.

As a low glycemic carbohydrate, apples and apple juice allow the body to properly metabolize its caloric content into food energy. The natural sugars found in the beverage also provide a healthy source of energy and muscle hydration.

The mineral combination found in apple juice help increase metabolic function, decrease the risk of bone disease, and work to increase heart health as well. The vitamin C in the fruit juice helps regulate the bodily functions such as the conversion of food energy into fuel for the muscles.

Recent studies suggest that apple juice may provide health benefits that go well beyond the long-established vitamin- and mineral-associated benefits of natural fruits. Apple juice is also rich in “phytonutrients,” which are believed to have powerful antioxidant effects and which have been linked to lowered risk for many chronic and age-related ailments. 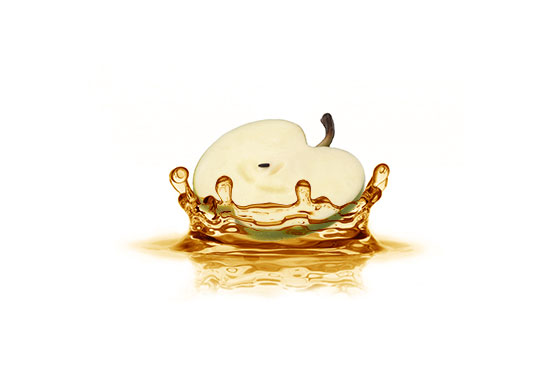 Regular consumption of apple juice can not only help to keep one’s mind functioning at its best, but may also be able to delay key aspects of Alzheimer’s disease and augment therapeutic approaches.

Break down of LDL or "bad" cholesterol

Compounds in apples and apple juice called phytonutrients act in much the same way that red wine and tea do to delay the breakdown of LDL or "bad" cholesterol.

The proverb "An apple a day keeps the doctor away", addressing the health effects of the fruit, dates from 19th century.

Why to drink Apple juice?

The natural 100% Apple Juice contains no concentrates, preservatives, sweeteners, or additives of any kind.