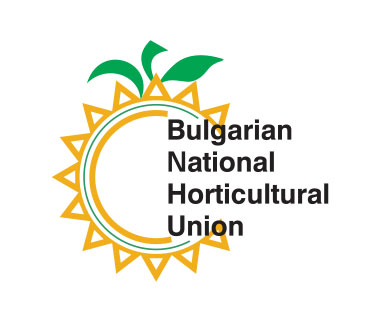 The Bulgarian National Horticultural Union (BNHU) was established in May 2003 as a non-profit organization. Currently the majority of the members of BNHU is major producers of traditional and non-traditional Bulgarian fruit and vegetables and is producer of the 100 % of Bulgarian natural cherry juice.

One of the Union’s main objectives is to promote the growth of exports and to enhance competitiveness of Bulgarian fruit, vegetables and flowers on international markets.The BNHU is not a public or private entity within the meaning of Art 1 par. 9 of Directive 2004/18/EC.


Main objectives of the Union are:

To protect the interests of its members before the legislative, executive and local authorities.
To contribute for expanding of export and to consolidate the competitiveness of Bulgarian fresh cherry juice on international markets.
To issue statements on the existing legislation and to contribute the solution of the problems, hampering the industrial development.
To stimulate, in collaboration with the relevant State bodies, the development of professional training for its members.
To support the collaboration with international organizations and partners for new joint productions.
To contribute for friendly arrangement of arguments arising between both the members inside the Union and with members of other trade organizations and associations.


To achieve these goals the Union carries out the following activities:

Represents the interests of the members before the State and local authorities, social organizations and media.
Develops, discusses and provides to the Ministry of the Agriculture a national strategy for industrial development and supports its realization.
Develops programs and sets before the State institutions demands, related to the economic policy in the industry.
Prepares statements on draft regulations, takes part in the development or develops itself regulations related to the industry.
Supports the establishment of producer organizations and in several cases prepares the necessary documentation.
Mediates in establishing business contacts.
Supports the industry development through giving information on the resources used in the production.
On customer demands, develops marketing and other surveys related both to the national and international market conditions.
Informs the members about the organization of exhibitions and fairs both in Bulgaria and abroad, and supports its members’ participation if possible.
Contributes to improve the training and qualification of industry producers by organizing courses, conferences, symposia and meetings with experts from leading companies from both Bulgaria and abroad.


The bodies of the Union are:

General Assembly
Board of Directors and
Supervisory Board

According to the Statute adopted at the establishment of BNHU, a full member of the Union can be every physical and juridical person, who is registered as an agriculture grower, works on the territory of the Republic of Bulgaria and observes that Statute, nevertheless the kind of property he works on is, who:

has direct productive, commercial or other relations with the sector, contributes to the realization of the Union’s missions, Observes the Statute and pays regularly his/hers annual membership fee.

Honorary members of BNHU can become persons with special merits to the sector.

They will be chosen by the General Assembly in the presence of proposal made by at least three members. The Union also admits associated members.


The Association offers to new farmers who want to join: